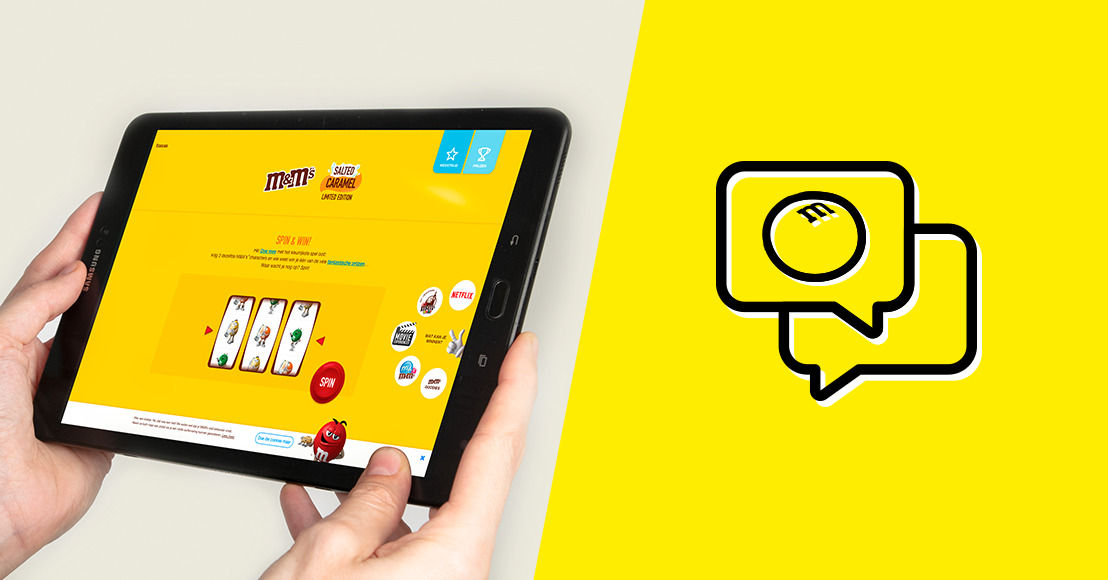 Thursday, January 23, 2020 — To promote their limited editions, HeadOffice created the Kraak de Smaak (Crack the Taste) campaign for M&M’s®. HeadOffice used a chatbot with great success in this 360° concept. Over 20,000 fans took part in the interactive competition. Tips from M&M® Yellow set them on the right path to find the right taste for the limited edition. And the more they interacted, the more clues they got directing them to the solution and the tasty reward.

With the Kraak de Smaak campaign, HeadOffice got over 20,000 M&M’s® fans in conversation with their chatbot. Out of everyone who entered into conversation with M&M® Yellow, 37.15% guessed the taste correctly. Three winners (2 Dutch-speaking, 1 French-speaking) were then chosen as M&M’s® Ambassadors. They received an M&M’s® pack with fantastic prizes each month from July to December.

The campaign ran on various online media channels such as Facebook and Instagram.
A ‘Buy & Win’ promotion followed the first wave with the chatbot. People who bought an M&M’s® Salted Caramel pack could use the on-pack barcodes to play an online jackpot and win great prizes.

“These strong figures show the power of a chatbot in a multichannel approach,” says Evi Malcorps, client service director HeadOffice

With a broad campaign that also ran on TV, 2019 was the year of M&M’s® Salted Caramel. On top of the two communication waves on social media, HeadOffice created a lot of in-store material. The 360° communication gave M&M’s® a presence everywhere, and the limited edition turned out to be one of the most popular flavours and a real top seller.