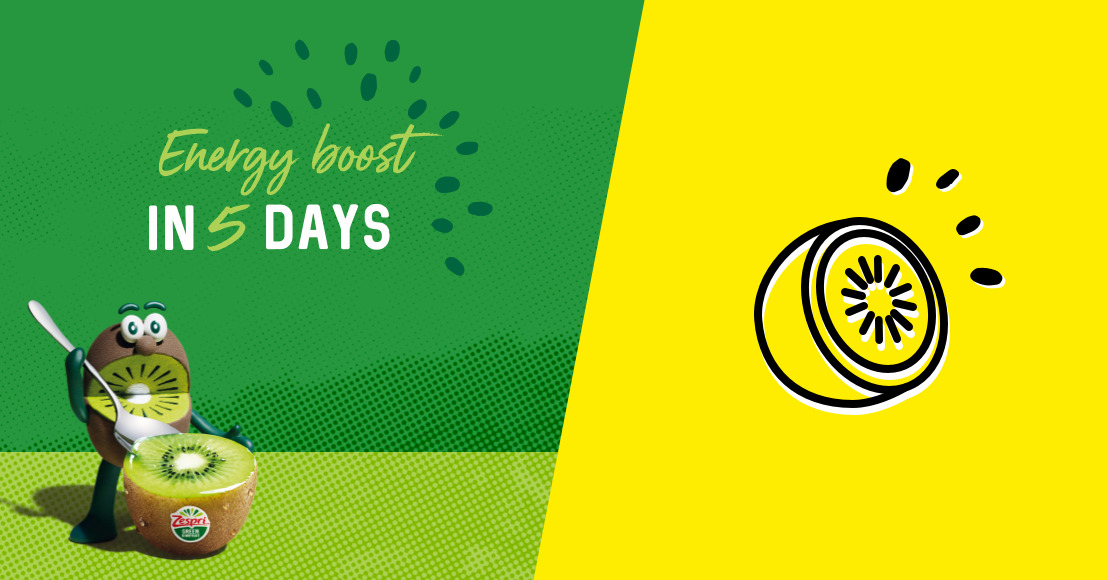 Find out more about the ‘five-day Energy Boost’. A challenge that focuses on vitality and provides five days of support to participants in three main areas: sport and exercise, healthy nutrition, and mental health. The 5 campaign tasks are simple and easy to do for the specific target groups that Zespri had in mind: young families with children, people over 30 and people over 55.

A landing page was set up featuring numerous articles, videos and printables as further support. Influencers were involved to promote the campaign and generate traffic to this landing page. SeniorenNet also joined in the Energy Boost campaign and included Zespri's main message on vitality and energy on its website and in its newsletter.

The results of this campaign were a great success. Several key figures:

"This digital campaign has given people the energy to start their spring with a spring in their step. HeadOffice found the right match between us, as a brand, and the needs of consumers in this season. The result is a fantastic digital campaign that has had more than the hoped-for impact," says Kirsten Pint, Marketing Manager Benelux at Zespri Kiwifruit.